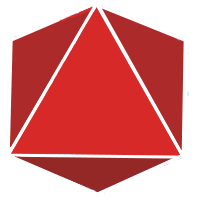 The different possibilities of dice

Random in the roll of the 8 sided die

The principle of using the dice of eight is based on the balance of the dice and its 8 sides. Explanations: when throwing an eight die faces the principle of randomness intervenes, the system will therefore generate a random number between one and eight. There will therefore be 8 different eventualities. We find often this die in role-playing games often associated with damage rolls.

Once again this system is based on the randomness and the chance produced at random allowing the generation of an online die. When a user will launch a die it will also roll an event also called a probability event. This will allow you to display the result of the die randomly and online, it is the principle of generation of die 8.

When several dice are involved, this event is called a dice thrower. This launcher will therefore also call for different probability events in order to obtain different dice results according to their faces. There are therefore different combinations of probabilities that allow the generator to get different results for virtual dice. This mechanism is therefore the heart of a game of chance and allows users to take full advantage of different games based on this one.