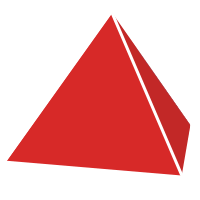 Management of the 4 sided die thrower

It is important to give some details about the generation of a virtual four dice. If it works on the principle of randomness it is none the less subject to the principles of probability. The one if is therefore based on an event equal to the number of faces present on the die, here 4.

With this result we can easily hypothesize that there is a one in four chance that the online dice will show the result wish. But when is the average of the result of this 4 sided die? When we roll the dice we have as much probability of falling on one of the faces chosen as seen previously. Since the generation is carried out on the principle of chance, we therefore obtain an average of 2.5.

Of course it is impossible to roll a dice and get a score with a face of 2.5. What to keep in mind is also the differentiation of probabilities about generating dice online. Each event is independent of each other. Other information the dice four is often used in role-playing games, it represents the weakest of these dice often used to generate a random online dice to allow an attack in RPG.